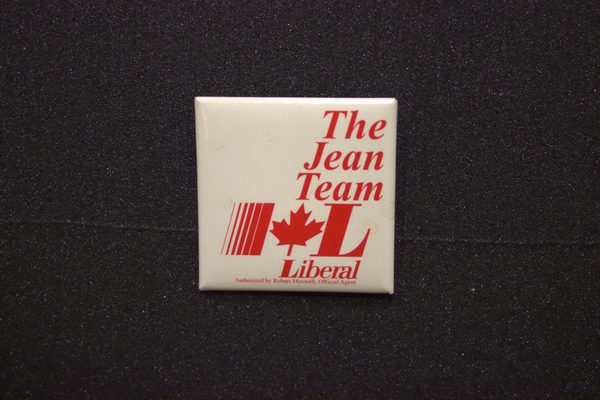 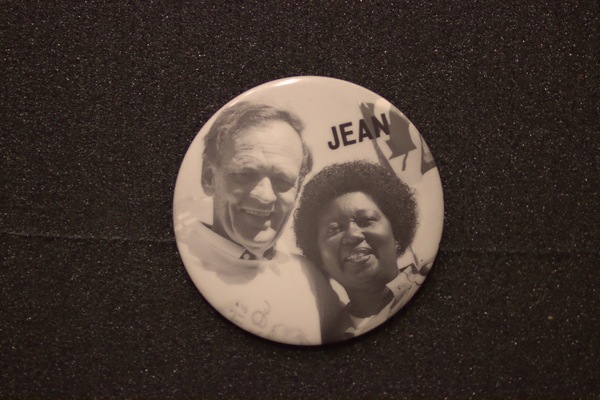 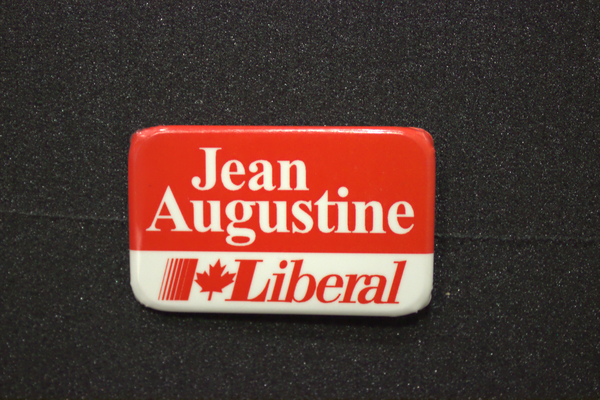 Jean Augustine was nominated by Jean Chretien to run as a Liberal candidate in the 1993 federal election. She was a candidate in the Etobicoke-Lakeshore riding in Toronto. Two of the following buttons played on the name “Jean” in Jean Chretien and Jean Augustine -- the Jean team. These buttons were used during Augustine’s 1993 campaign.  She campaigned against incumbent Progressive Conservative Patrick Boyer and won with 42.11% of the votes. Jean also campaigned under the Chretien government during the 1997 and 2000 federal elections. She campaigned under the Paul Martin government for the 2004 general federal elections; winning all four elections before retiring in 2006.

TRANSCRIPT
This one was an earlier one when we talked about the Jean Team and here is the implication that it could be the Jean Team meaning Jean Chretien and myself or the Jean, all those who came to help, became part of the team. And so that's the Jean Team.

TRANSCRIPT
This was my button throughout the campaign, and we used it for several things: people who were going out to canvas for me, we'd put a button on them so as they knock on the door, people would see that they're from the Jean Augustine campaign. We handed it out to people who came out to help, and it was really the campaign button.

TRANSCRIPT
And of course, this was my campaign button in 93. He came out to canvas with me a few places. And so that's him canvassing with me. And we played in my campaign on the name Jean which is also Jean (male French differentiation). Look at my afro, huh? And so all of my workers had this campaign button, and again it was identifying-- these buttons really show identification with the leader. Everybody liked him, he was upfront, he was the one on TV, he was the one that was everywhere and therefore you wanted to wear a button with the leader or you wanted to wear the leader's button to show that you're Liberal and to show that… it's interesting. The unrobing; first the jacket, then take out the jacket, shirt and tie, then take out the tie and put a blue jean jacket on him and giving that young, youthful preppy look and we won. We won by big numbers.