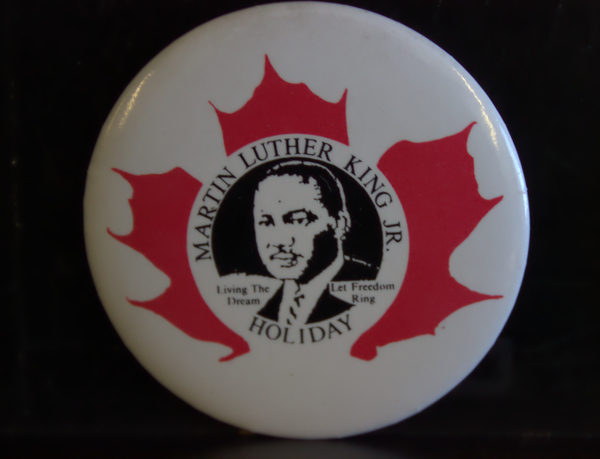 Negro History Week, introduced in 1926 in the United States, by the African-American scholar Carter G. Woodson, was a precursor to Black History Month. Martin Luther King Jr., the civil rights leader was assassinated in 1968. The first United States national Martin Luther King Jr. day was celebrated on January 20, 1986. There was a campaign to have the holiday celebrated in Canada by the Toronto black community.  Although this campaign failed, the Honourable Jean Augustine did have Canadian Parliament officially recognize February as Black History Month in December 1995. Previously, for many years the black community had campaigned to have Black History Month officially recognized in Canada.  There was some success in some municipalities. In the 1950s, the Canadian Negro Women’s Association, forerunner of the Congress of Black Women, brought the celebration of Black History Week to Toronto. The Ontario Black History Society, founded in 1978, successfully petitioned the City of Toronto to recognize February as Black History Month. In 1993 Ontario proclaimed Black History Month in February.

TRANSCRIPT
And Martin Luther King Jr., this was the push for the holiday. And again, as Canadians, we know that Dr Martin Luther King visited Canada a number of times, visited Toronto a number of times and that a lot of people participated, whether it was the march in Washington, or whether it is his principles of non-violence, or whether those who are religious followed his religious—or those who were looking at the activism and civil rights, all of this. So there’s lot of interest in Canada and a lot of interest among black Canadians in the work of Martin Luther King  and what he stood for and the messages that came to us. And this was a push for a holiday in his name and we know that the holiday did come about, January the 16th but the holiday is an American holiday. I was in Atlanta with 6 or 8 other Canadians: Charlie Roach, Stan Griselle(?), and others, we did a week at the King Center, the Martin Luther King Center. And the MLK Center is where they teach the principles of non-violence and you watch the tapes and videos of the different marches and struggles and whatnot; things pertaining to his life. We also had Mrs. King-- Coretta King, come to Toronto I think on 3 occasions and she spoke at large assembly meetings and in church and religious settings. And I think this was a button that was struck to—when the community was organizing, to ask for a MLK holiday just as there was, or there is one in the US. So it was a little bit of a campaign. And again, notice the symbol, it’s Dr King but we have the maple leaf, in other words, we want the holiday in Canada.