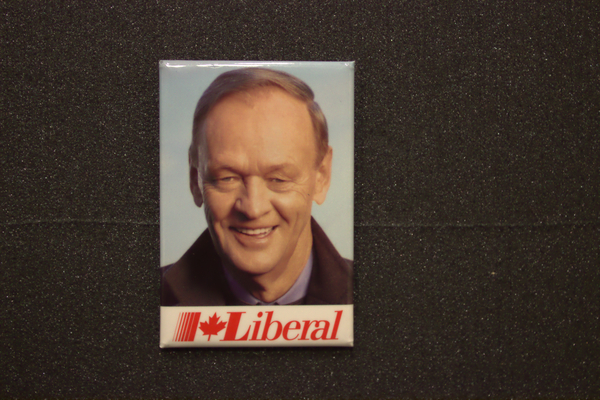 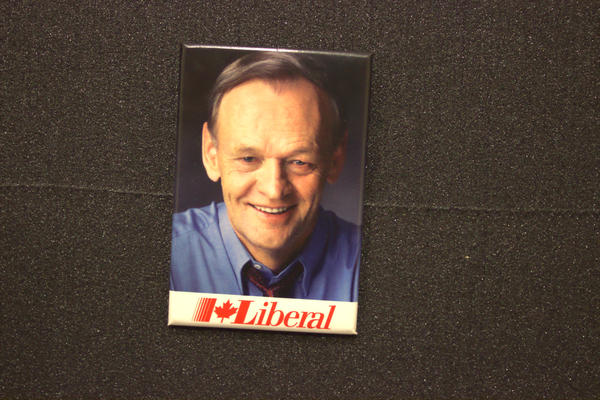 In 1963, Jean Chretien was elected to the Canadian House of Commons (Liberal). He had several ministerial duties before becoming the leader of Canada’s national Liberal Party in 1990. He was a Cabinet Minister under Lester Pearson, Pierre Trudeau and John Turner.  After the 1993 federal election, Jean Chretien was elected Prime Minister of Canada with the Liberal Party winning an overwhelming majority of the seats (177 out of 295 seats). Chretien was elected Prime Minister despite the negative advertising about him from the Progressive Conservative party. The Progressive Conservative party won only 2 seats in the House of Commons. This was the first Canadian federal election debuting two new parties: the Reform and Bloc Québécois parties.

TRANSCRIPT
Those were buttons struck by the Liberal party of Canada in 1993 in the campaign so that all the candidates wore a button to indicate that they were a Liberal party member and that Jean Chretien was the leader. There is a difference here if you notice, and again it's a kind of internal thing, where in the very first campaign they had him with a suit jacket on, then smart campaigners came along and say he looks-- they want him to look young and with it and whatever else. So we went from taking the suit off, and then we went further from taking the suit off to putting him in a jean jacket. And again, to give the appearance of youth and with it and whatnot. So you can see the progression here of him looking almost like an older man, they keep saying for 93 and for the campaign you have to get out there, and so everybody wore the button of Jean Chretien.