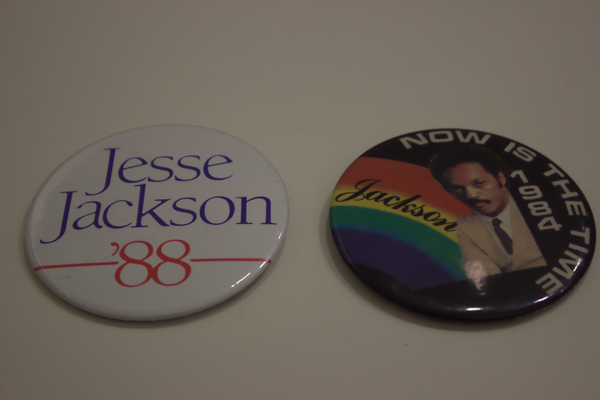 Jesse Jackson is an African-American civil rights activist who worked alongside Dr. Martin Luther King Jr. In 1984 and 1988 he campaigned as a Democrat for the presidency but failed both times. He formed the National Rainbow Coalition in 1986.

TRANSCRIPT
Jesse Jackson in 88. Jackson as you know he made the run, that was one of his campaign buttons for president of the United States. Now is the Time. I think-- was it two trials he made? Or was it-- cause this one is 84, so maybe this was when he was gearing up for 88. I met Jesse Jackson a couple of times. No, the campaign was in the US. As far as I know there was nothing on this side in terms of a campaign. I may have been in the US [to obtain this button].