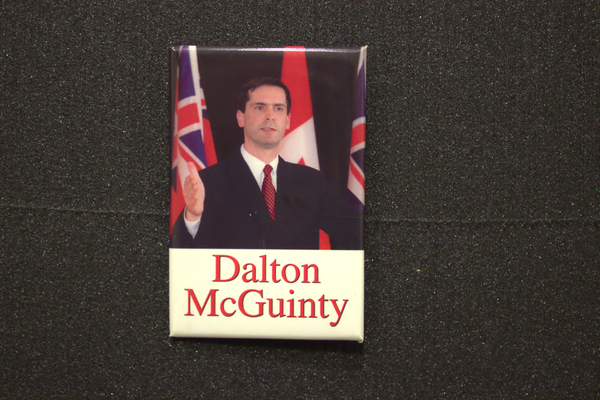 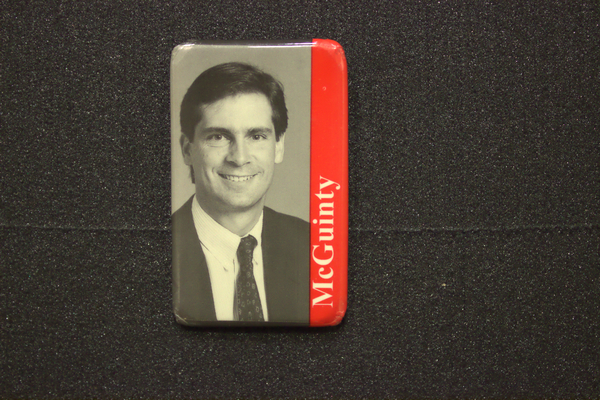 Dalton McGuinty became an Ontario Member of Provincial Parliament (MPP) in 1990. In 1996, he became the leader of the Liberal Party of Ontario and subsequently Ontario Premier from 2003 to 2013.

TRANSCRIPT
This is provincial politics here and I guess this is McGuinty's leadership because it was a hotly contested leadership, I don't remember the year now, but that's not hard to find. So that's Dalton and this is Dalton as the leader. So one is his campaign button for leadership. I didn't support Dalton for the leadership until the very end when the person I was supporting kind of walked over to him, we all went over. So I didn't wear this button. But I think I wore this one at something. And one of the things that happens in these leadership whether there's 4-5 people running, they bring you their button. And when you accept the button and put it on, it shows that you're moving to their team. 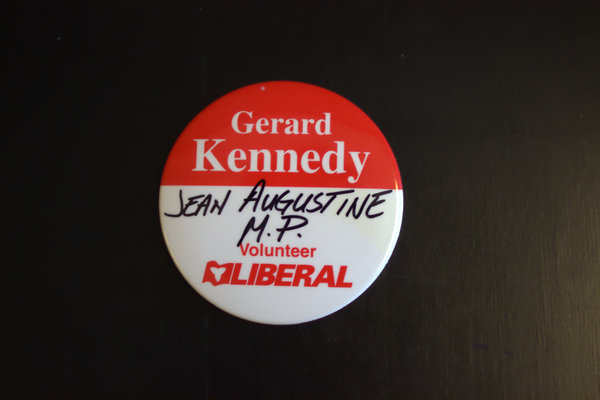 Gerard Kennedy was a member of provincial parliament (MPP) from 1996-2006.

TRANSCRIPT
Well that was Gerard Kennedy. Gerard Kennedy was running and I think I went to volunteer and they wrote my name on this, but that would be his button and my name would be on top, I don't think it's in there. You help everybody so they come and help you, you know? During most campaigns, you would go out even though you can-- you're canvassing or you're campaigning for your own campaign, you would go out and help, you know, go to someone else. Usually, we say one evening could you, you know, come out with us in this specific area or for this specific reason, and you would go out with a colleague. But by the time Gerard was running, I think I was out of-- I don't remember when that button would've been. Maybe when he was-- maybe the 2007 campaign.