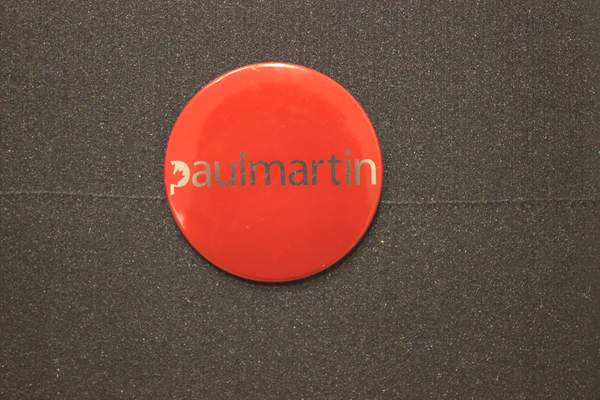 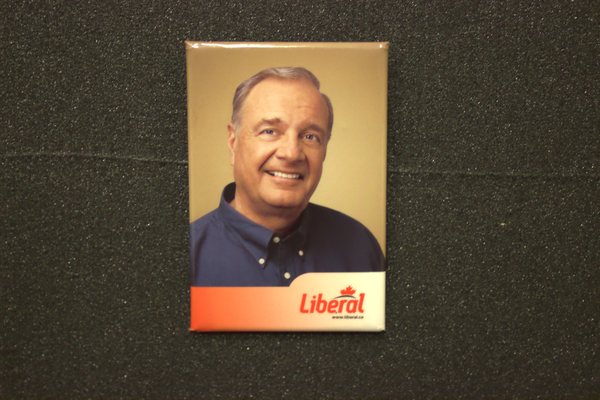 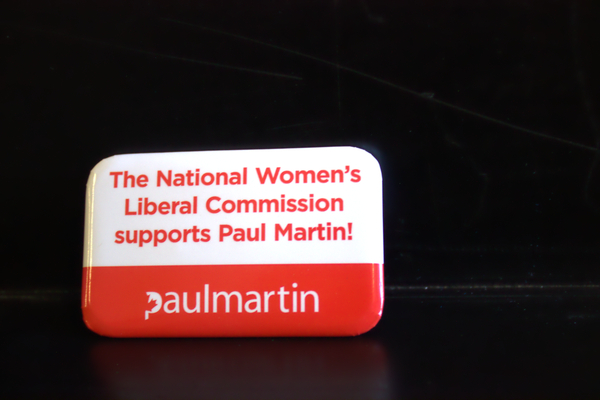 Paul Martin was first elected as a Liberal Member of Parliament in 1988. Although he lost the campaign for leader of the Liberal Party of Canada to Jean Chretien in 1990 he served as Finance Minister (1993-2002) in the Chretien government. Considered a political rival to Chretien, Martin succeeded Chretien as Prime Minister after Chretien’s retirement in 2003.

The button with an image of Paul Martin was issued after Martin became leader of the Liberal Party, and Prime Minister, in 2003.

TRANSCRIPT
When Paul Martin came on the scene; again, this is one of the leadership candidates. Once you're a leadership candidate, you have buttons that everybody would wear. And in the campaign for leadership, those who were going to be voting for him would wear this. So you see it has no other sign on it except his name: Paul Martin. So you'd wear that and this would be a sign that you're voting for him. So then those who were canvassing the room would leave you alone because you already signalled. Then when you become the leader, you have your button now, everybody knows you're Liberal and that's your leader.

TRANSCRIPT
And of course, the National Women's Liberal Commission. In the supports, Paul Martin, and again that's the leadership, in the leadership race. So instead of leaving it to each member to decide, the executive and the entire commission went for Paul Martin. By then there weren't a lot of people standing, it was just Sheila Cox and himself towards the end.