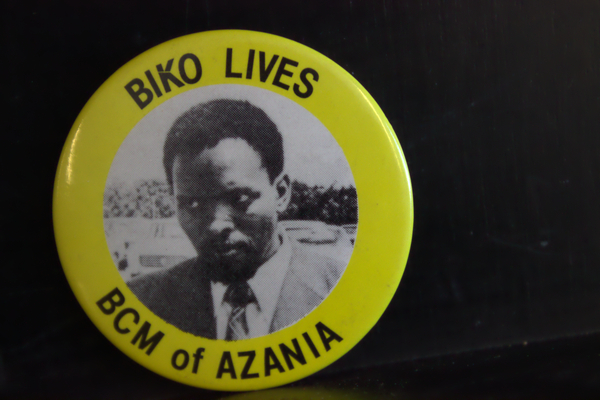 Stephen Biko (1946-1977), was a South African political activist.  He founded the South African Student Union. Biko embraced and was instrumental in mobilizing the Black Consciousness Movement (BCM). Black consciousness advocated for black liberation in apartheid South Africa as well as black self-reliance. Black consciousness philosophy addressed the complacency of blacks and highlighted the need for blacks themselves to be conscious of their own internalization of racism and sense of inferiority. Biko coined the famous slogan “black is beautiful”. At the time black opposition parties in South Africa (the African National Congress and the Pan African Congress), were banned from political participation.  Biko was banned from any political association and meetings. He was arrested for terrorism after the He died in police custody likely from head injuries he suffered by the police.

Biko became a symbol of the brutality and cruelty of apartheid in South Africa. In 1994 Jean Augustine visited South Africa as an election observer for the first democratic election in the country. Augustine poignantly recalls meeting Biko’s family and visiting his grave site. His image was used by the ANC (African National Congress) on campaign posters in the 1994 South African elections.

TRANSCRIPT
This is a very, very poignant one for me because when we were in South Africa, Svend Robinson was the MP of Vancouver and I worked together, they put us in groups of twos. And we were in the area where Steve Biko grew up and where he lived, so we went to visit his mother and sat on the chair where he would usually sit in his mother’s house, had a conversation with her, then she—one of his nephews took us to the hospital where his wife was working and she took us to the gravesite and the grass was as tall as we are, with bush and everything else and I remember Svend and myself and the fellow who was driving the car, cleaning Steve Biko’s gravesite, and that was before the election. Um, so that’s--- and of course everyone who’s Steve Biko’s struggle against apartheid and the fact that he was killed.