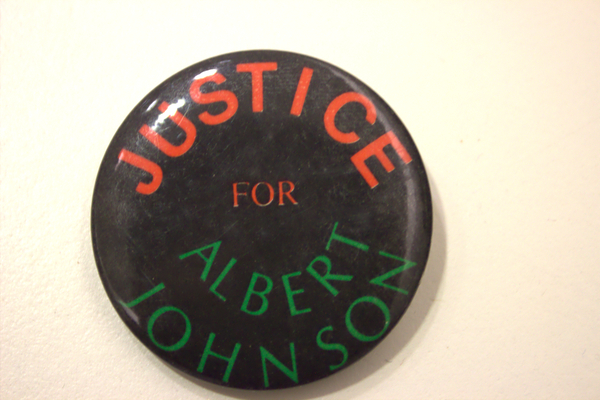 On August 26, 1979, Albert Johnson, a black Jamaican immigrant, was shot to death by Metropolitan Toronto Police in his home.  Two out of three police officers stood trial for the manslaughter death and were later acquitted. Johnson was known to the police as he suffered from mental illness. Toronto’s Black community was galvanized and a protest demonstration was organized by 32 groups. On September 1, 1979, over 2000 protesters, most from the black community, demonstrated in front of the 13th division Toronto police station. The community demanded an independent inquiry into Johnson’s death. Bowing to public pressure, Toronto police Chief Herold Adamson eventually asked the Ontario Provincial Police (OPP) to investigate the incident (Beddoes, 1979). The police officers involved in the shooting death of Albert Johnson were ultimately acquitted of charges. Media attention concerning the cause helped promote consciousness-building around the issue of police-community relations in the black community. Jean Augustine discusses her memories of this incident.

Jean Augustine discusses the Justice for Albert Johnson button and the Black community's response to his death.

TRANSCRIPT
Justice with Dignity. Remember Kimberly Rogers Justice for Albert Johnson. Truth of the matter, I don't remember this Kimberly Rogers story, but I can tell you I was on the ground floor and I was in all of the activities around Albert Johnson. Albert Johnson was one of the earliest police killings in the black community that got into that national/international attention. He was mentally, he had some mental illness. He was known to the police and whatever occurred, they went to see him and he had a small-- he was eating something and he had a knife in his hand. And whatever occurred, he was shot. And so the community was really-- just as we've had recently; everybody's very upset, asking for justice. And that was before we had police-community relations, that was before we had SIO, that was before we had all of the checks on balances, and so the community had to organize and demonstrate and push and get legal help and get all kinds of voices, and the whole campaign was called Justice for Albert Johnson. I'm not too sure what the final resolution was. Whether police was charged and then, as happens in most cases, not convicted. I forget now, my memory just has gone completely blank on what the end result, but there was just activity day in, day out, day in, day out. Marches on the street, Dudley Laws, Charlie Roach and all those. [This]would've been in the 80s, the early 80s. Denim Jawley(?) would know the story of this, he follows number of these incidents with dates and times and whatnot-- I don't remember. But I know it would've been in the 80s. I can see myself now down the street where he lived, I can see the marches, I can see the group of us who spent time with his wife consoling and talking, the evidence that was built, you know the steps, police had to go in, the fact that he had some kind of disability so he wasn't a swift bodied, a healthy bodied man, and the fact that he was known to the police in the area as someone who walked the street talking to himself and stuff like that. But it was one of those things that really ripped the community and where there was a sense that he was killed in his house and that there was quite an injustice. Kimberly Rogers, I don't remember.

Littman, S. (1980, December 6). Assessing the effects of the Johnson case. The Toronto Star.