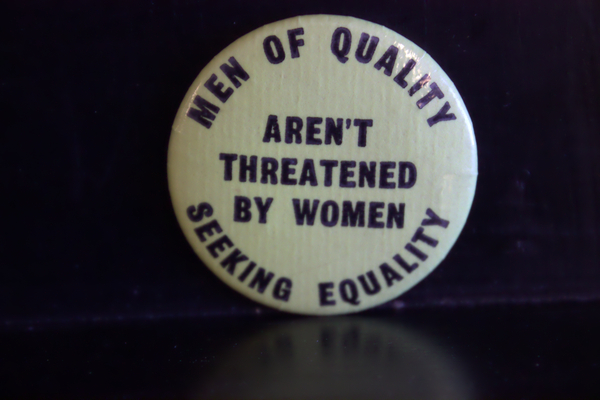 This is a grassroots gender equality movement button. The creator of the button is unknown.

TRANSCRIPT
And uh, this—there were several sidebars for April the 17th, so here were men, men of equality unthreatened by women seeking equality and I always like that because it speaks to the fact that in the quest for equality, it’s not just women, it’s not just women who should be concerned about women’s equality, but that men should be concerned and that there are men concerned with women’s equality and that there are men who could be called feminist, and that there are men who aren’t threatened by strong women or women seeking equality. I’m not too sure who did this to be honest but it would’ve been a men’s group, would’ve been a male group; “Men of Equality Seeking Equality.” 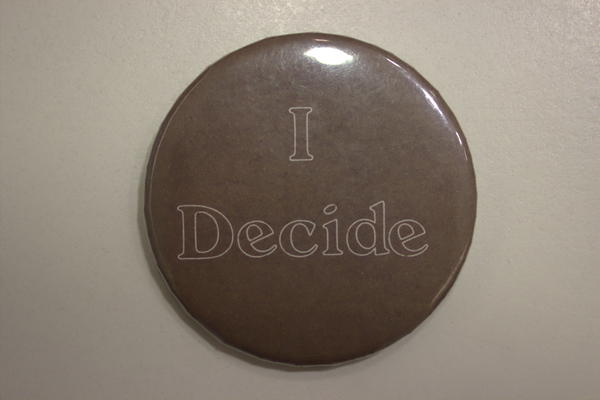 The creator of this button is unknown, but it speaks to women’s pursuit of autonomy – the right to decide how to live their life; including the right to an abortion.

TRANSCRIPT
And “I Decide” again, that goes back to the question around a woman’s right to choose. So in that whole debate around the woman’s right to choose, this button was decidedly saying: I decide, as a woman, I decide. And that would’ve been again around the 80s. But what is interesting is that we talking about 1985 and those issues, those issues are as current today. Cause the discussions, we have not moved on. We have moved on but we really have not moved on. 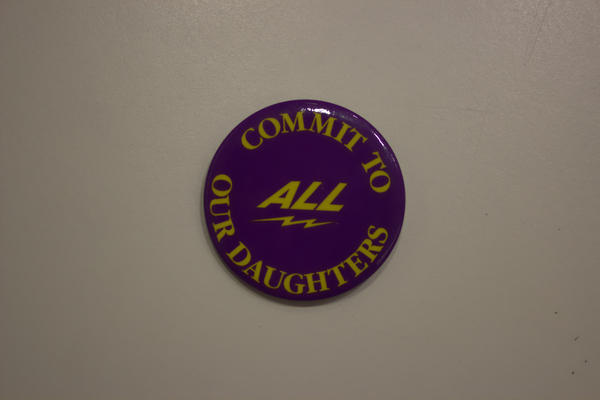 This button coincides with the United Nation’s 4th World Conference on Women in Beijing, September 4-15, 1995. “On the UN's programme of work, all Governments have been invited to make announcements in their seven minute speech to the plenary during the conference from September 4-15th that highlight national priority actions that will make a practical difference in the lives of women and girls” (Guzman, 1995).  Women’s rights organizations advocated for each government to make their commitment and recognize the diversity of girls and women around the world. As a result of the meeting the Beijing Declaration and Platform for Action was created, “ensuring that a gender perspective is reflected in all policies and programmes at the national, regional and international levels.”

SOURCES
Guzman, D. (1995). The commitment scoreboard: Will Beijing be a conference of commitments? Retrieved from http://www.un.org/esa/gopher-data/conf/fwcw/fwcw/v02.n042 and http://www.affection.org/sante/asvc/www.igc.apc.org/womensnet/beijing/scoreboard.html

Jean Augustine discusses the "Commit to all our daughters" button.