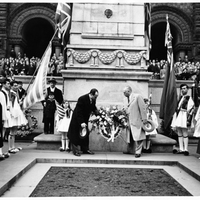 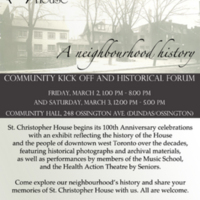 Literature for children, most often written to educate and indoctrinate, as well as entertain, has longed served as a useful means to examine the ideological concerns of an age. The Lambrinos Collection, which houses over 650 children’s textbooks, teacher’s manuals and novels (published between 1843 to 1992), is a rich source of insight into a distinctly Canadian, colonial and post-colonial, understanding of the world.

Sheila Thibaudeau Lambrinos (1934-2011) donated her collection to the Clara Thomas Special Collections and Archives so that a snapshot of Canadian history might be preserved and made available to researchers. Lambrinos was a graduate in Canadian Studies from Atkinson College, York University, a former teacher and Trustee on the North York Board of Education and an avid heritage campaigner for the Grey County Historical Society. Researchers interested in education and curriculum, women’s studies and children’s literature will find a wealth of resources in this collection.